Drew is Contributing Publisher of the Inside Investor and the Inside Adviser. Drew is an experienced financial adviser, as well as a regular contributor to the Unconventional Wisdom Journal, Money magazine, the Australian Financial Review and various other trade publications. Where Drew's comments constitute advice, it is general advice only (AFSL383169). They have not considered the readers personal or individual circumstances. Readers should seek professional advice before acting on any comments.
Tuesday 18th Jan 2022
Print Article
ASX asx 200 dow jones nasdaq sharemarket sp500
Related Article 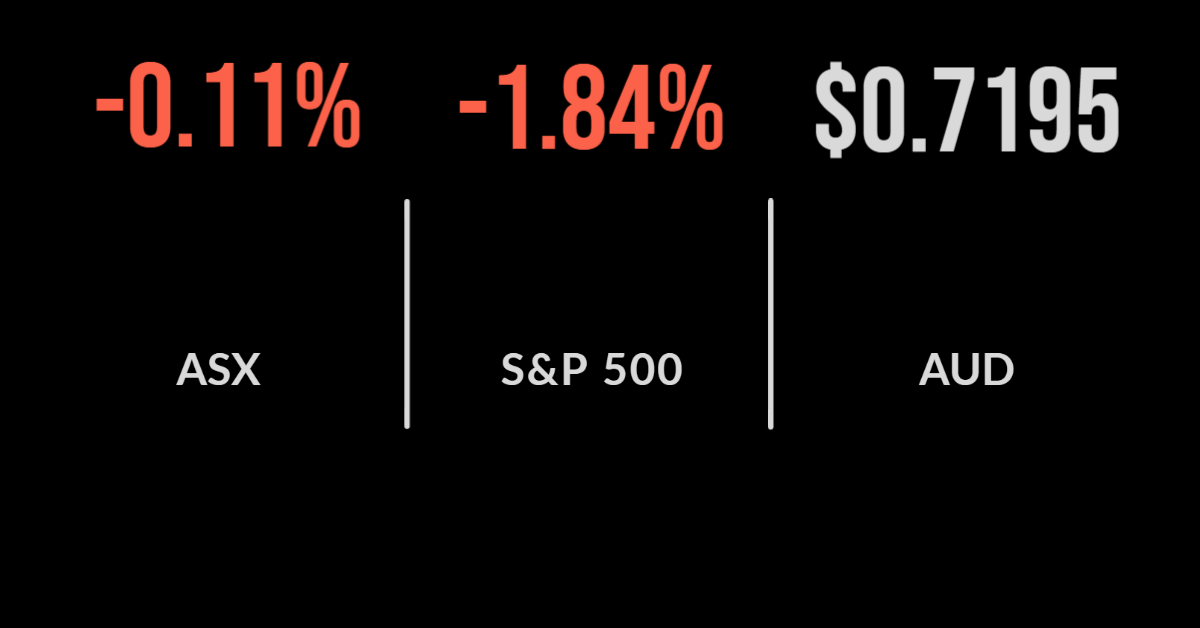 The S&P/ASX200 finished 0.1% lower as consumer confidence dropped over 7% to the lowest point since the vaccination announcement in November 2020.

The market remains mixed with cyclical sectors including energy and materials, up 0.2 and 0.6% respectively, whilst the more defensive healthcare sector underperformed, falling 1.2%.

All eyes were on the retail sector, however, with JB HiFi (ASX: JBH) jumping 6.9% and overcoming a fall in profit.

Management confirmed the group continues to see strong sales growth, even though revenue only increased 1.9% in the second half compared to 2020.

Importantly, this was still 23% higher than two years earlier.

Online sales continue to drive the business, hitting $1.1 billion, nearing 23% of total sales and over 60% higher than the previous year.

Earnings also contracted, down 9.1%, as 2020’s surge in sales and run down in inventory make comparables more difficult.

One of 2020s darling stocks continued its fall back to earth, with shares in online retailer Redbubble sinking another 22%, taking the 12-month loss to over 60%.

The selloff was due to another missed earnings result, with profit falling by more than 20% in the final quarter of the year.

Despite an environment ripe for online sales, gross profit fell to $108 million, with earnings down more than 80% to just $8 million. The company blamed strong mask sales in 2020 for the decline.

Oil refiner Ampol (ASX: ALD) gained another 2.4%, benefitting from a surge in the price of oil around the world.

Management confirmed that their refining margin, representing the difference between input and output prices, nearly doubled from US$6.76 to $11.24 in the December quarter.

Such was the strength that the company doesn’t expect to receive any government subsidies this quarter.

Rio Tinto (ASX: RIO) underperformed, down 0.3%, after the company reported a 3% fall in iron ore product, blaming the performance on rainfall, cultural heritage management and delays in mine replacements.

US markets have continued their downward trend overnight on the first day of trading after the long weekend.

The main driver was a spike in bond rates, which threaten long-term valuations, with the 10-year jumping to 1.86% and the 2-year moving over 1% for the first time in months.

This came even as China’s President Xi Jinping delivered a targeted speech warning the developed world about hiking rates too soon as it would threaten the economic recovery occurring all around the world.

Among the major news was Microsoft (NYSE: MSFT) announcing the acquisition of video game developer Activision Blizzard (NYSE: ATVI) in an all-cash deal worth around US$68 billion; shares were up over 25%.

Whilst Goldman Sachs (NYSE: GS) fell close to 7% after reporting a 13% fall in profit.

Drew Meredith
Drew is Contributing Publisher of the Inside Investor and the Inside Adviser. Drew is an experienced financial adviser, as well as a regular contributor to the Unconventional Wisdom Journal, Money magazine, the Australian Financial Review and various other trade publications. Where Drew's comments constitute advice, it is general advice only (AFSL383169). They have not considered the readers personal or individual circumstances. Readers should seek professional advice before acting on any comments.
ASX asx 200 dow jones nasdaq sharemarket sp500
Print Article
Related
Daily Market Update